WWE had a very exciting week. Feuds leading into Extreme Rules are being developed, and we saw a reunion of a very popular tag team. Extreme Rules will arrive in a matter of weeks, and I can’t complain too much about WWE’s current landscape…except for Brock Lesnar.

Raw started with the announcement that Brock Lesnar will not be defending the Universal Championship at SummerSlam as of now. The Extreme Rules multi-man match to name his #1 contender was changed to just a normal match with nothing on the line between Roman Reigns and Bobby Lashley. This is a match we know Reigns will win, so it disappoints me that WWE is going to job Lashley out like that. If you remember, Lashley jobbed to John Cena once in a title match for the WWE Championship too. History is just repeating itself. That’s my first complaint.

My second complaint is that the Universal Championship has not been defended since April. SummerSlam is in August. That would already be four months between Brock Lesnar’s title defenses. What is the point of Raw having a world championship if it’s not even going to be defended? Dolph Ziggler has become the de facto face of Raw due to actually holding a singles championship on the show. He is a great talent and rightfully main-evented Raw. I’ll get to that later.

Last week Roman Reigns and Bobby Lashley defeated the Revival in a tag match. This week the Revival were given an opportunity to get their revenge. After some miscommunication between Reigns and Lashley, the Revival actually won the match. I hope this is the beginning of a push for the tag team. They have been talented since their days in NXT, and it is time for them to be given a push.

The B Team of Bo Dallas and Curtis Axel are hilarious. The way Bo Dallas imitates his brother Bray Wyatt is so perfect it’s scary. Axel defeated Matt hardy in a singles match, which was followed by Wyatt and Hardy applauding him for the win. I think this is a fun little feud, but after Hardy and Wyatt defend the tag titles against the B Team, it is time to move on. I would like to see the Revival move into the title picture or even Dolph Ziggler and Drew McIntyre. It would be cool to see Ziggler hold two championships.

The Authors of Pain returned and destroyed some jobbers. Natalya made Alexa Bliss tap out in a match. The Riott Squad defeated Bayley, Sasha Banks, and Ember Moon. After the match, Bayley snapped and destroyed Banks. It’s nice to actually see a payoff in this story. Mojo Rawley refused to have another match with No Way Jose in an awkward segment.

Braun Strowman and Kevin Owens teamed together to face Baron Corbin and Finn Balor. Strowman and Owens won this match by count out. Owens continued his story of wanting to be friends with Strowman, but the monster chased Owens away instead. Strowman flipped Owens’ car while Owens hid in a locker room. Even though this feud is just Strowman making Owens’ life miserable for no reason, I’m really enjoying it. It’s a lot of fun.

Dolph Ziggler defended his Intercontinental Championship against Seth Rollins in the main event. This was a great match that went for about 28 minutes. Both men stole the show, but the match ended with Seth Rollins winning by disqualification. Before Rollins could pin Ziggler after a falcon’s arrow, Drew McIntyre pulled the referee out of the ring. Ziggler and McIntyre attacked Rollins until Roman Reigns made the save. I think Ziggler and McIntyre are the stars of Raw right now. I especially think Ziggler is at the top of his game. He needs a run with the Universal Championship when the title finally gets taken from Brock Lesnar.

Smackdown this week had to do without WWE Champion AJ Styles and Smackdown Women’s Champion Carmella. Both of them were in Australia promoting the WWE, but the show was still pretty good.

The Miz opened the show with a MizTV segment featuring the Bludgeon Brothers. This was basically to set up a match between Daniel Bryan and Luke Harper in the main event. Rusev defeated Xavier Woods in a match. This was more of filler content for Rusev as he is the #1 contender to the WWE Championship and needed something to do as AJ Styles was in Australia.

With Shinsuke Nakamura out injured due to a police dog biting his leg, Jeff Hardy issued an open challenge for his United States Championship. Eric Young accepted. The match ended in a brawl between Sanity and Jeff Hardy with the Usos. A six-man tag match was then set up, and Jeff Hardy and the Usos won the match. I’m disappointed that the WWE had Sanity lose their first match on the main roster. The momentum for the faction was essentially killed in their very first match.

Becky Lynch defeated Sonya Deville. I’m not a fan of Deville and Mandy Rose. I just don’t think the two are talented wrestlers, and Lynch deserves more. The greatest wrestler in the world James Ellsworth also came out and cut a magnificent promo. He talked about loving and respecting women and mentioned that you could fry an egg on his hot love life. It was hilarious. Corey Graves said he couldn’t condone Ellsworth’s offensive comments, but I honestly didn’t see where he said anything offensive. Paige then came out and set up a match between the chinless wonder and Asuka for next week.

In the main event, Daniel Bryan had Luke Harper in the Yes Lock, but before Harper could tap out, Erick Rowan ran in and attacked Bryan. The Bludgeon Brothers then proceeded to destroy him. This led to mayoral candidate Kane coming to the rescue. After running off the Bludgeon Brothers, Kane and Bryan would then hug it out. Smackdown ended with Paige giving Kane and Bryan a match for the Smackdown Tag Team Championship at Extreme Rules. Kane is running for mayor, so his stint with the WWE will be short lived. I still hope that WWE lets Kane and Bryan have the titles one more time for maybe a month before Kane leaves.

On the NXT side, Tommaso Ciampa challenged Aleister Black for the NXT Championship. I think this is a great move as I believe Ciampa is the greatest heel in the WWE right now. I hope he does get a shot at the NXT Championship. I would love to see Ciampa carry around the title for a few months before moving on to the main roster.

Despite Brock Lesnar weighing down Raw and despite Smackdown doing without some top talent this week, WWE put on some great shows. I hope the company can maintain the momentum going into Extreme Rules.

Casey Ryan is a co-founder of YourWorld Media. He is an expert in professional wrestling, gaming, and politics. He received his bachelor’s degree in journalism from the University of Central Florida. In the past, he interned at the National Journalism Center, at The Heritage Foundation, and for Speaker Newt Gingrich. While he is a proud Mississippi native, he currently lives in Washington, D.C. 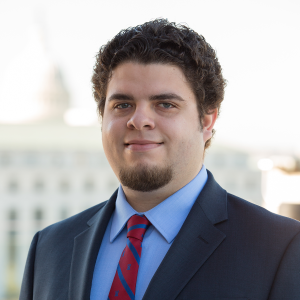 Casey Ryan is a co-founder of YourWorld Media. He is an expert in professional wrestling, gaming, and politics. He received his bachelor's degree in journalism from the University of Central Florida. In the past, he interned at the National Journalism Center, at The Heritage Foundation, and for Speaker Newt Gingrich. While he is a proud Mississippi native, he currently lives in Washington, D.C.