Can Juan Soto Save the Nationals from Missing the Playoffs?

The series finale on Sunday between the Nationals and Phillies would have entertained even non-baseball fans. Down 6-2 in the sixth inning, the Nats staged a spectacular offensive comeback to win 8-6.

One of the most surprising moves came in the bottom of the eighth when leading 6-5, with runners on first and second, Phillies manager Gabe Kapler elected to walk 19-year-old rookie Juan Soto to load the bases for veteran Daniel Murphy.

The method-to-madness narrative appeared as Murphy fell behind in the count 1-2. After relying on fastballs, pitcher Seranthony Dominguez tried to end the inning with a low slider, but Murphy was having none of it. Dipping down for a golf-like swing, the Nats secondbaseman scooped it just high enough to clear the infield and score two runs, sending Soto to third to give his team the lead.

But why would Kapler walk a rookie to give one of the best players in modern MLB history a chance with the bases loaded against a backup pitcher? Furthermore, Soto had struck out at his previous plate appearance.

“You pick your poison right there,” Kapler explained after the game. “You have two very good hitters. The first one in Soto has been elite. And Murphy has struggled a little bit. And we went after the guy that was struggling and coming off injury.”

That Soto has barely played a month in the majors, but already inspires more fear in opposing teams than a veteran like Murphy tells just how important he is to the Nationals. Furthermore, the 19-year-old could be the morale booster that stems the team’s march of shame to a playoff-missing season upset.

The team has played pitifully this year, and barring a sharp turnaround will fall far short of its preseason expectations.

After a sloppy, early June series against the Braves, Max Scherzer and Tanner Roark held the Rays down in interleague play before the team dropped a series to the lackluster Giants. The Yankees’ blanking the Nats only 3-0 in the first of a two-game series then seemed merciful.

After failing to score a run in its previous two games, the Nationals managed to get on the board in the second game, on June 13, sparing the team an embarrassing shutout sweep.

Saving face, though, didn’t cut it for the new kid on the block. With two runners on in the top of the fourth, Soto made an improbable launch along the left field line that cleared the wall to give the Nationals a 4-3 lead.

But Soto was not finished. After the Yanks tied it up, he powered a 436-foot homer over right-center field, becoming the youngest player to homer in nearly three decades in any Yankees stadium and only the third teenager to do it twice. Soto’s solo shot gave the Nats a 5-4 lead, which they held onto and improved to 37-28 instead of falling to 36-29.

The Nats have made it to the postseason in four of the previous six seasons. Although they faced bad luck in the playoffs, their stacked roster and pennant-winning potential were never in question. Last year, they comfortably won the National League East by 20 games, and they entered the 2018 season the heavy favorites to win the division again. Las Vegas even gave them 7/2 odds to win the National Leage title, only slightly behind the Chicago Cubs.

“When a team has names such as Max Scherzer, Stephen Strasburg, and Bryce Harper on their squad, they’re expected to do big things,” opined Christopher Walsh from isportsweb.

Walsh named the Nationals’ star-studded squad, momentum from 2017, and lack of divisional competition as reasons why the Nats would win the NL East in 2018.

Furthermore, with studs Gio Gonzales’s, Daniel Murphy’s, and Bryce Harper’s becoming free agents at the end of the season, it may be their last opportunity in the near future to take the NL title.

Despite expectations—created by the looming talent downgrade—that Nats players would do what it takes to win, everything went wrong from the start.

Murphy underwent surgery in the offseason, which put him on the 60-day disabled list. Only two weeks ago did he rejoin the Nats from minor league play.

Then, on April 9, Adam Eaton aggravated a serious ankle injury from last year, which required surgey, causing him to miss two months of play.

Four days later, third baseman Anthony Rendon fouled a ball off his left big toe, which put him out of commission for nearly a month.

On the mound, Stephen Strasburg came through as expected, and Max Scherzer even exceeded expectations, but they had to largely carry the team on their shoulders before Strasburg injured his earlier this month—it is still unknown when he will return.

More than a dozen Nats players have been placed on the disabled list—nearly all of them solid hitters.

The team’s inability to perform at the plate has been aggravated by unexpected improvement from their division opponents. The dominance the Nationals had accustomed themselves to in their division was gone.

The new Braves have finally come of age. Our Jonathan Brock credits the addition of Ozzie Albies and Ronald Acuna to the Braves’ position, which if it holds will at worst put them in the Wild Card game after being “the laughing stock of the National League” for so long.

Then there are the Mets. They opened their first 14 games of the season 12-2—the second best in the MLB behind the Boston Red Sox. Brock even dubbed them the only real challenge to the Braves’ cruising to division dominance. The Mets’ late implosion has benefitted the Nationals, but the season is far from over. Although the Mets cannot make the playoffs they pose a great enough threat to spoil the chances of one of the remaining three contenders.

Then there are the Phillies. After narrowly missing a sweep of the Nationals they lead them by a half a game. Unlike the Mets, they have remained consistently hot.

Before June, winnning the division became more elusive with each series, and it appeared that limping to a third-place division finish would be the best Washington fans could hope for.

The Nationals primarily brought Soto up to Washington so soon because they ran out of outfielders.

Washington Post columnist Thomas Boswell pointed out the unlikelihood of bringing a teenager to to the majors.

At 23, if you’re a real prospect, you’re probably in the majors. At 22, maybe. At 21, that’s still hot stuff. At 20, pay big attention, such as Braves outfielder Ronald Acuna Jr., who is now the second-youngest player in the majors — after Soto.

But 19? Come on, even if injuries have sped a player’s rise, as with Soto amid the Nats’ injury tsunami, how good do you think this kid is?

In the past 16 years, Soto is only the ninth teenager to be brought up to the big leagues. The others include the best player in the league, Mike Trout; Bryce Harper, who will probably sign a $300 million-plus contract after this season; Cy Young Award winner Felix Hernandez, who had 143 victories before he was 30; Justin Upton, a four-time all-star; and Jose Reyes, a batting and stolen base champion.

The frustrated look on Soto’s face in his debut at-bat when when he struck out against the Dodgers, however, showed the young Dominican did not expect to simply fill injured starters’ shoes. He came to show he can outplay any of those starters at their healthiest.

More important than his long balls is his unbelievabe sense of the strike zone. In the minors his strike out to walk ratio was almost equal. On Sunday, Kapler had to choose between Soto’s consistency and Murphy’s grand slam potential and found the former more intimidating.

Soto’s consistency shows what a difference an additional consistent player can make for a team’s record and playoff hopes.

The Nats face a triple threat from the Braves, Phillies, and the Mets. If he stays healthy, Soto could provide the extra power at the plate that his team needs to make the postseason in the most competitive division in the MLB.

Few predicted the Nationals would face a potentially embarrassing playoff miss. But even fewer predicted teen Soto would present their best option to save face and make the postseason. 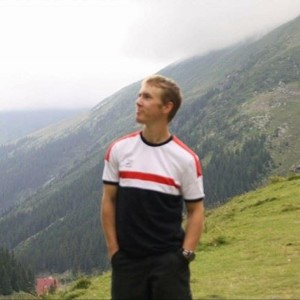